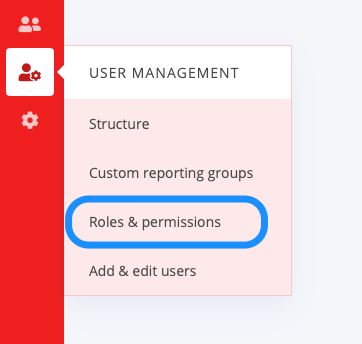 From here, you can edit role titles, configure the permissions assigned to each role, assign users to each role and delete roles.

The role(s) and associated permissions assigned to a user dictate what parts of the system and which features the user can access. 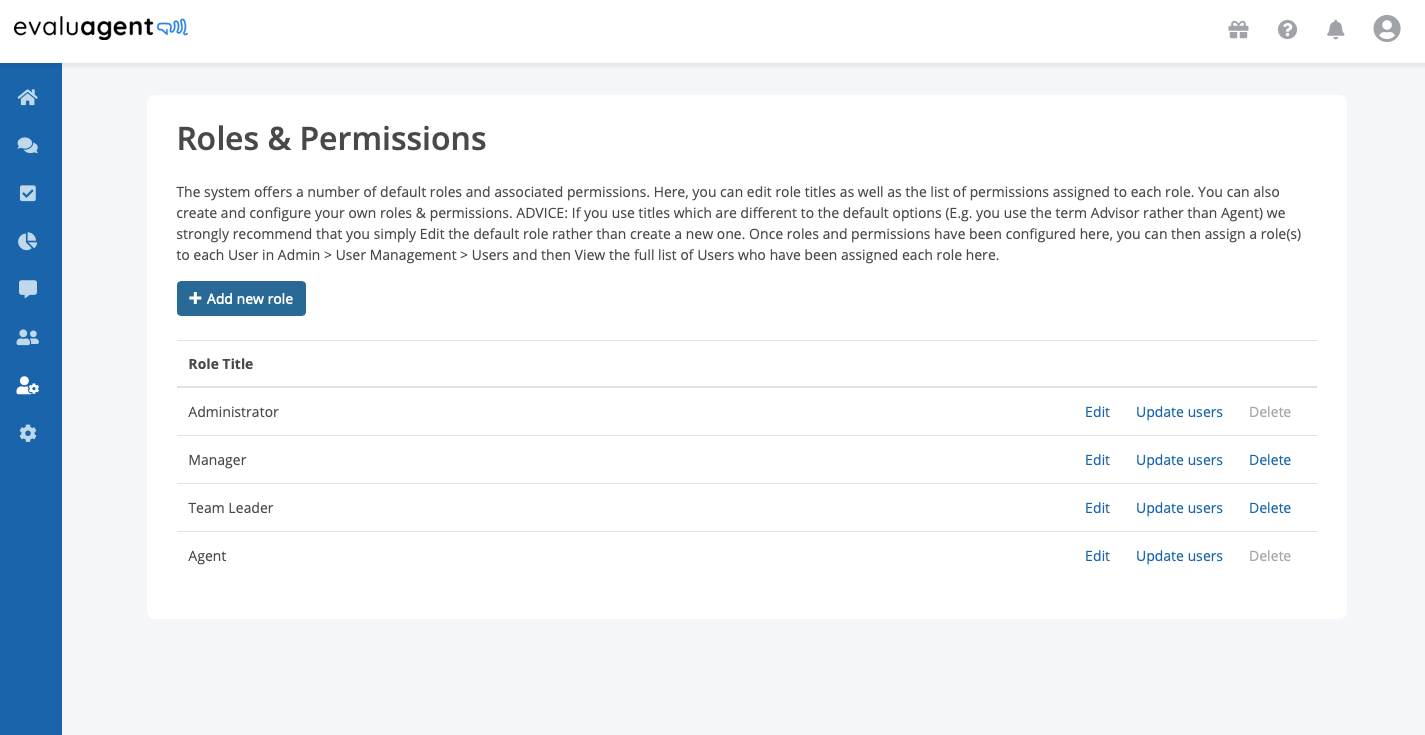 Each of these five default roles has been assigned a default set of permissions which can be accessed by clicking the Edit link.

The original person who set up the account is assigned the administrator role and, by virtue of the permissions which go with this role, can access all parts of the system.

If you use titles which are different to the system's default options (E.g. you use the term Advisor rather than Agent or Team Manager rather than Team Leader) we strongly recommend that you simply edit the relevant default role before adding a new role.

To edit a role, click Edit at the end of the row of the role you wish to edit to reveal the role's details.

Here you can edit the title of the role and edit any of its permissions by checking/unchecking the relevant permissions boxes.

For an explanation of each specific permission, please refer to the guide: Permissions explained 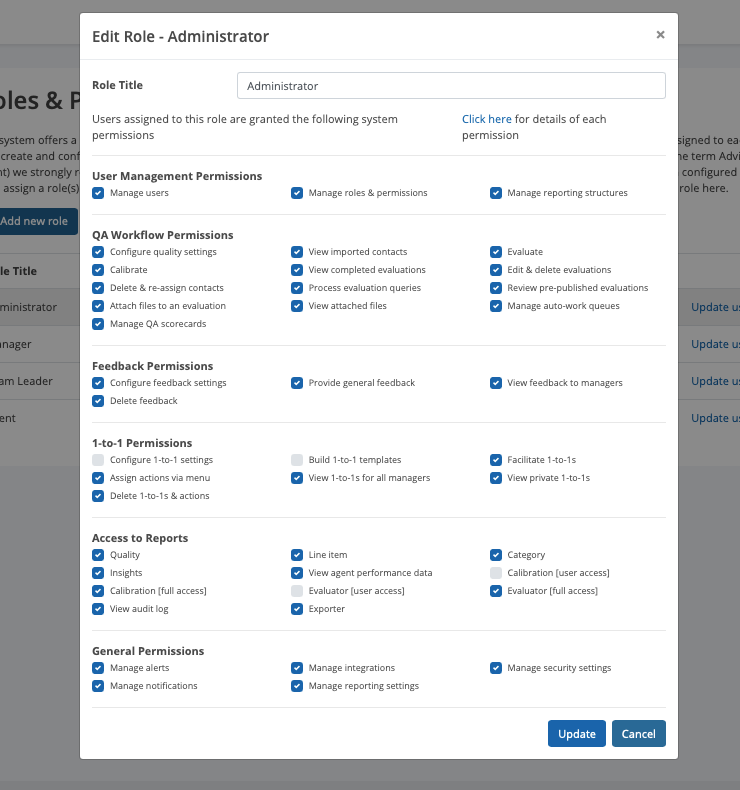 In addition to the system's default roles, you may also create a list of your own roles and configure permissions for each of these additional roles.

Remember, before adding a new role, you may simply need to edit one of the system default roles. Before proceeding, please read the section above entitled: Editing roles & permissions. 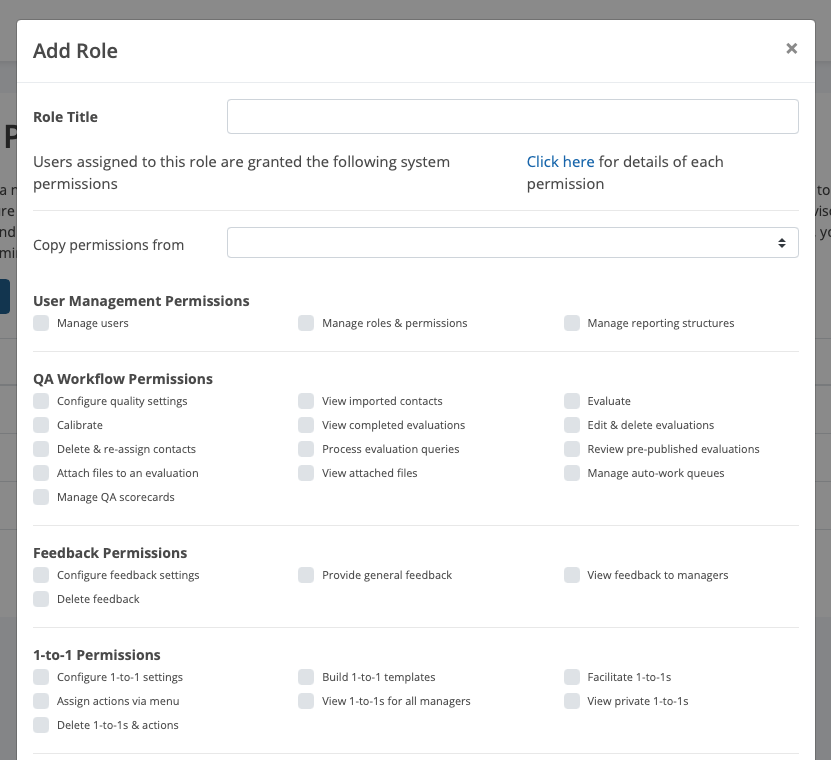 A role can be deleted as long as no active users are currently assigned the role. If this is the case, when clicking Delete on the row of the role you wish to delete, you will be prompted to first remove the role from the relevant users.

Because the Administrator & Agent roles have a number of unique hard-coded permissions that cannot be assigned to any other role, this role cannot be deleted from the system.