Skip to main content
Articles in this section How do I edit a user's profile? How do I move an agent from one team to another? How do I de-activate/re-activate a user? How do I select what parts of the structure/org-chart a user can access in reports / tables? How do I set up custom reporting groups and then enable users to view them? How do I view a user's permissions? I have email - How do I reset my password? How do I unlock a user account

Go to Add & edit users in the User management menu to bring up a list of active users.

From here, you can deactivate a user by clicking Active under the Account Status column on the row of the user whose profile you would like to deactivate. 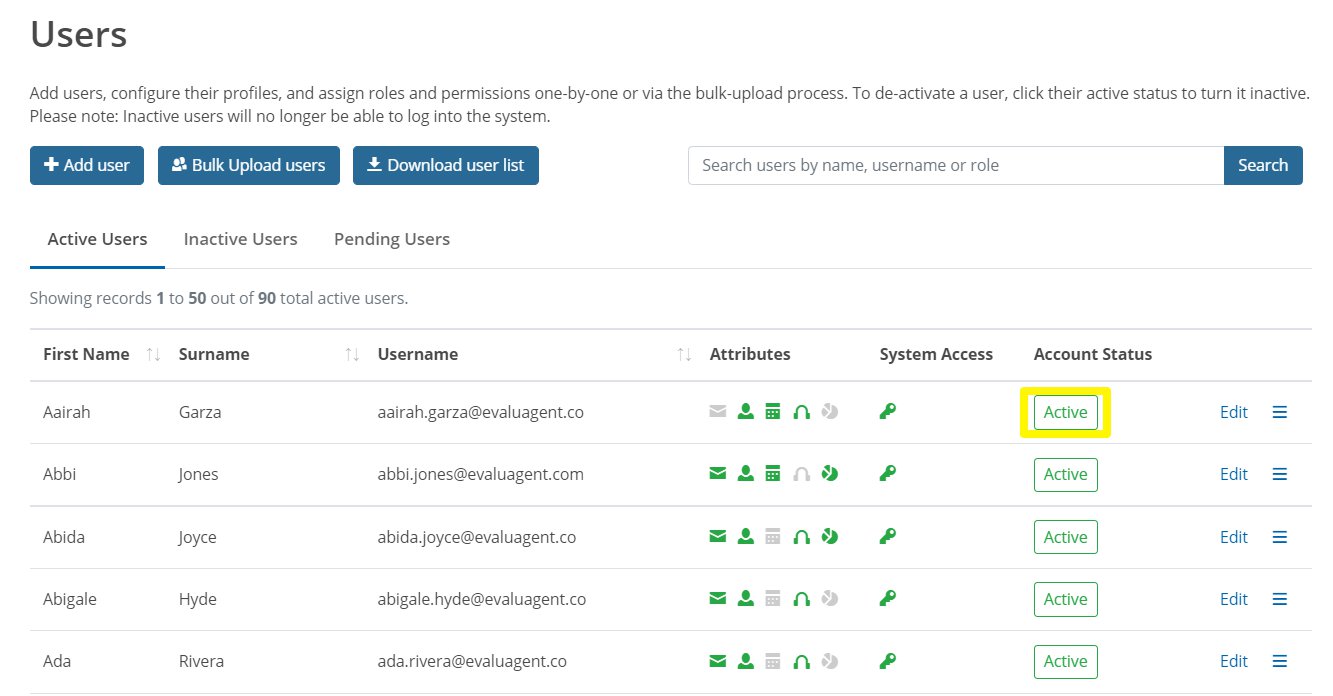 This action turns the user's account status to inactive with the following consequences:

This action returns the user's account status to active with the following consequences: